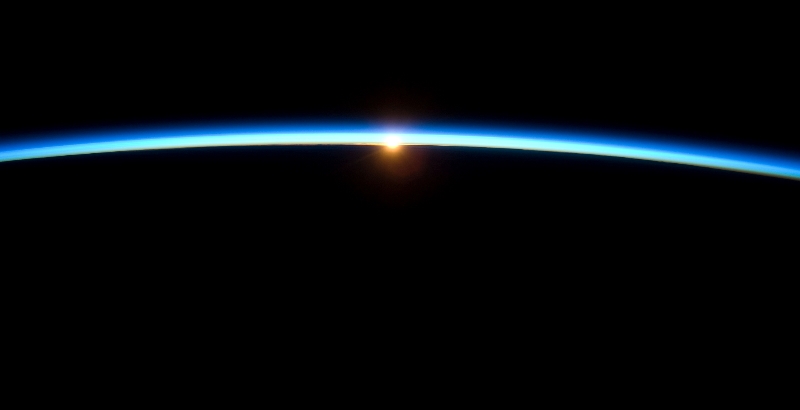 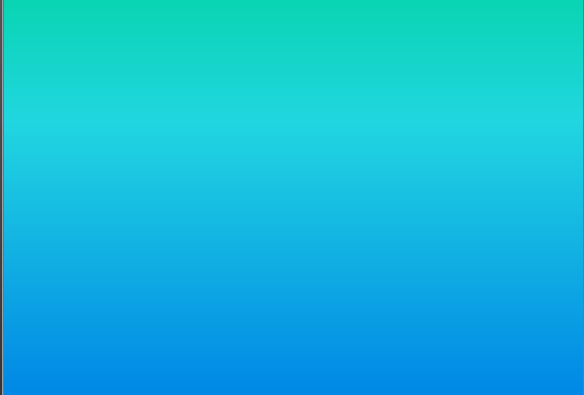 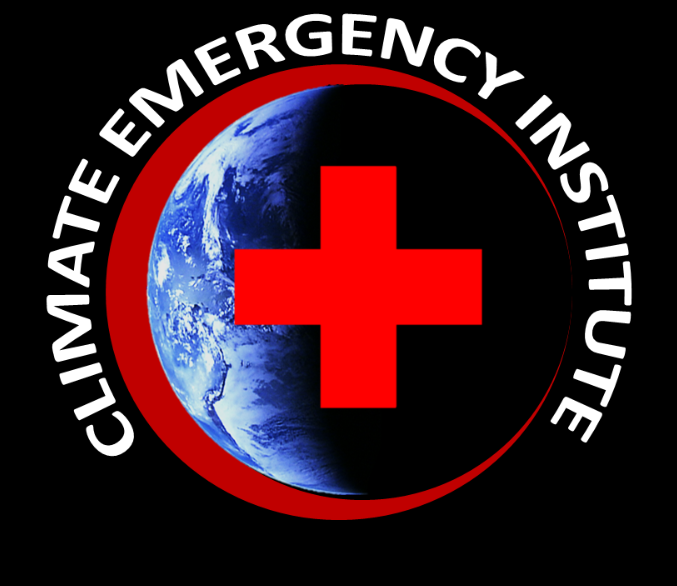 ​
What we call the ozone hole is a thinning of the protective ozone layer in the stratosphere (the upper layer of Earth’s atmosphere) above Antarctica that begins every September. Chlorine and bromine derived from human-produced compounds are released from reactions on high-altitude polar clouds. The chemical reactions then begin to destroy the ozone layer as the sun rises in the Antarctic at the end of winter.

The stratospheric ozone layer is a natural layer of gas in the upper atmosphere that protects humans and other living things from harmful ultraviolet (UV) radiation from the sun.
Although ozone is present in small concentrations throughout the atmosphere, most (around 90%) exists in the stratosphere, a layer 10 to 50 kilometres above the Earth’s surface. The ozone layer filters out most of the sun's harmful UV radiation and is therefore crucial to life on Earth.
Ozone depletion
Scientists discovered in the 1970s that the ozone layer was being depleted.
Atmospheric concentrations of ozone vary naturally depending on temperature, weather, latitude and altitude, while substances ejected by natural events such as volcanic eruptions can also affect ozone levels.
However, these natural phenomena could not explain the levels of depletion observed and scientific evidence revealed that certain man-made chemicals were the cause. These ozone-depleting substances were mostly introduced in the 1970s in a wide range of industrial and consumer applications, mainly refrigerators, air conditioners and fire extinguishers.

​​
Stratospheric ozone depletion and global climate change
​
​The most obvious linkage between efforts to mitigate ozone depletion and climate change is the fact that certain ozone-depleting substances (ODS) such as chlorofluorocarbons (CFCs) and hydrochlorofluorocarbons (HCFCs) are also powerful greenhouse gases.
​
In addition, hydrofluorocarbons (HFCs) and other halocarbons, which do not deplete the ozone layer but are greenhouse gases, are currently the commonly used as alternatives to CFCs and HCFCs.
Another important linkage involves the way that ozone-depleting substances and greenhouse gases alter certain processes in the atmosphere so as to enhance both global warming and stratospheric ozone depletion. These changes result in a warming of the troposphere (lower atmosphere) and a cooling of the stratosphere. Stratospheric cooling is a key factor in the development of ozone holes over the poles.
​​ 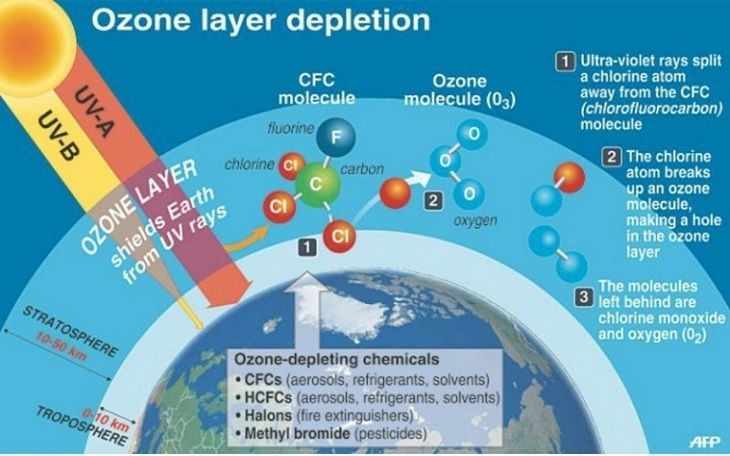